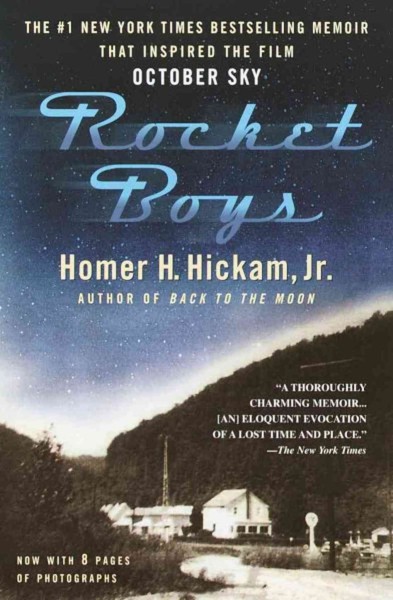 A true memoir, Rocket Boys details the childhood experiences of NASA engineer Homer “Sonny” Hickam Jr. in his hometown of Coalwood, West Virginia. In a poor mining town, where college is a luxury that nobody can afford, only athletes with hope for college scholarships ever seem to “make it out.” Lacking the talent for sports his older brother had, Sonny Hickam seems destined to follow in his father’s footsteps and work in the mine upon his high school graduation. But in October of 1957, the launch of the Russian satellite Sputnik sparked a young Hickam’s interest in rocketry and space. After accidentally blowing up his mother’s fence, he recruits a group of friends and forms the Big Creek Missile Agency. Sonny’s sky-high dreams are constantly at odds with his father’s loyalty to the mine and hopes for his son’s future. Rocket Boys inspired the 1999 major motion picture October Sky starring Jake Gyllenhal. As one of the most commonly chosen community and library reads in the country, it has captured the imaginations of countless readers and motivated them, against all odds, to dare to follow their dreams.

2. The Glass Castle by Jeanette Walls 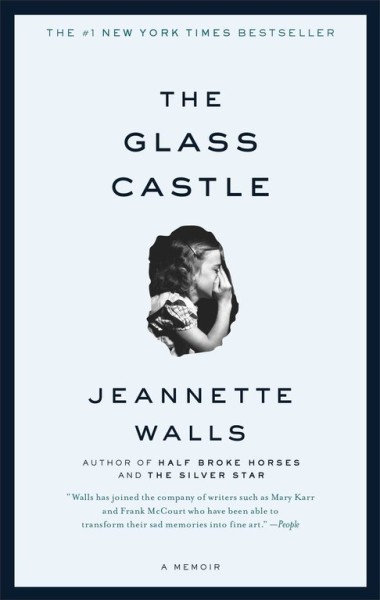 Soon to be made into a Lionsgate film starring Brie Larson, The Glass Castle is Jeanette Wall’s chilling memoir of her turbulent and unconventional childhood at the hands of her star-crossed parents. Her mother, a recklessly free-spirited artist, abhors domesticity and the idea of raising a family, instead preferring that Jeanette and her three siblings care for themselves from birth. Her father, a brilliant electrical engineer with a passion for geology and physics, can’t seem to put down the bottle long enough to keep a job for any substantial length of time. Consequently, the family outruns bill collectors and the authorities by bouncing around from one dusty mining town to another. When they finally decide to move across the country and settle in Welch, West Virginia, their troubles have only just begun. Living in a run down shack without plumbing or electricity and surviving on scraps to eat, the Walls children care for themselves and one another as they plan a way out. The Glass Castle is a beautifully written account of hardship and betrayal that tests the bounds of love and trust within one of the strangest contemporary literary families, and shows its readers what it means to come to peace with a haunting past.

3. Monkey on a Stick: Murder, Madness, and the Hare Krishnas by John Hubner 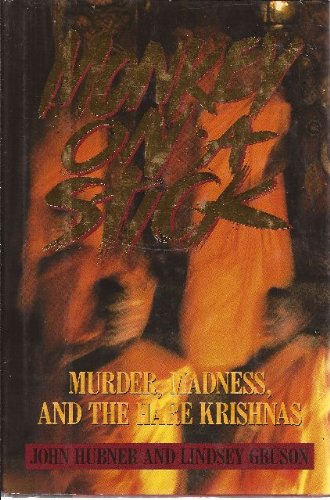 You won’t find this book on a best-seller list, much less being made in to a major motion picture. It exists as a chilling true account of one of the most bizarre and widely misunderstood crimes in the history of West Virginia. Set in the rural countryside near Moundsville, the Hare Krishna compound of New Vrindaban seemed an idyllic place for religious devotion. The beautiful Palace of Gold attracted practitioners and tourists from all over the world, but none from the outside could see the darkness picture behind closed doors, where one leader exercised almost complete power over the sect’s psychologically damaged devotees. This chilling journalist’s account uncovers true testimony and court documents to shed light on the murder and madness that took place in the late 1980’s at at New Vrindaban and tarnished its reputation forever. 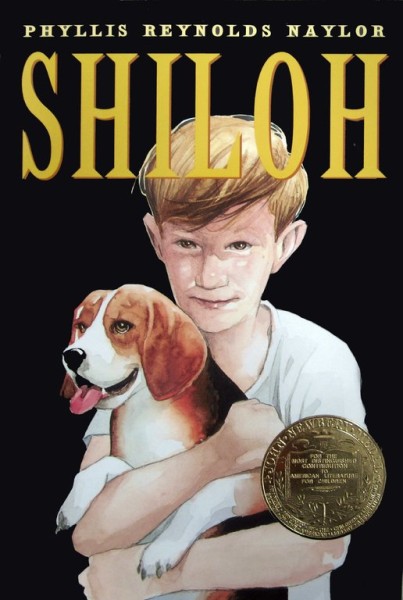 Phyllis Reynolds Naylor’s Newberry Medal winning classic Shiloh has become a beloved children’s classic and staple of elementary school courses across the United States. Shiloh details a young boys experience with an abused dog and was inspired by Naylor’s own emotional encounter with an abused dog in West Virginia. After finding an abused beagle owned by his cruel and brutish neighbor, Judd Travers, 11-year-old protagonist Marty Preston hatches a plan to save him. In defiance of his hometown of Friendly, West Virginia’s unspoken yet rigid policy of not meddling in one another’s business, Marty steals the beagle and names him Shiloh. Marty hides Shiloh in the woods near his family’s home, but Travers soon discovers the theft. When Marty witnesses Judd shooting a deer out of season, he blackmails him into selling Shiloh. Without any money to purchase him, Marty instead goes to work for Judd, doing various chores to pay off the debt and keep his beloved dog. Shiloh is a beautifully written and compelling tale of one boy’s love for a dog and the battle between right and wrong in a small and traditional town. 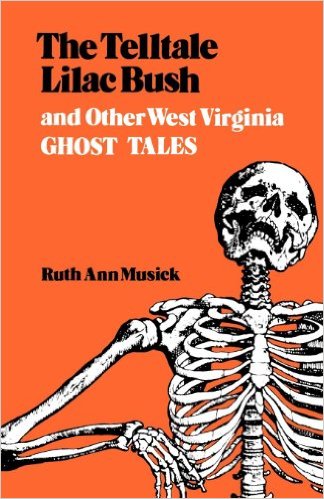 Much to the disdain (or delight) of residents, West Virginia boasts an unusually ghostly past. This collection of one hundred ghost tales, told in first person point of view by the story’s original teller, defy any possible human explanation. From tales of haunting animals to ghostly children to bitter murdered rivals, this collection of folklore reflects much of West Virginia’s rich cultural history rooted in rural heritage, Civil War bloodshed, and the sacrifice of coal miners and railroad laborers that built the region. In the age of “supernatural seekers” reality TV “ghost hunters,” The Telltale Lilac Bush is refreshingly candid in its simple accounting of tales by West Virginians and the ghosts that haunt them.

Editor’s Note: This story was written for Weelunk.com in December of 2015.