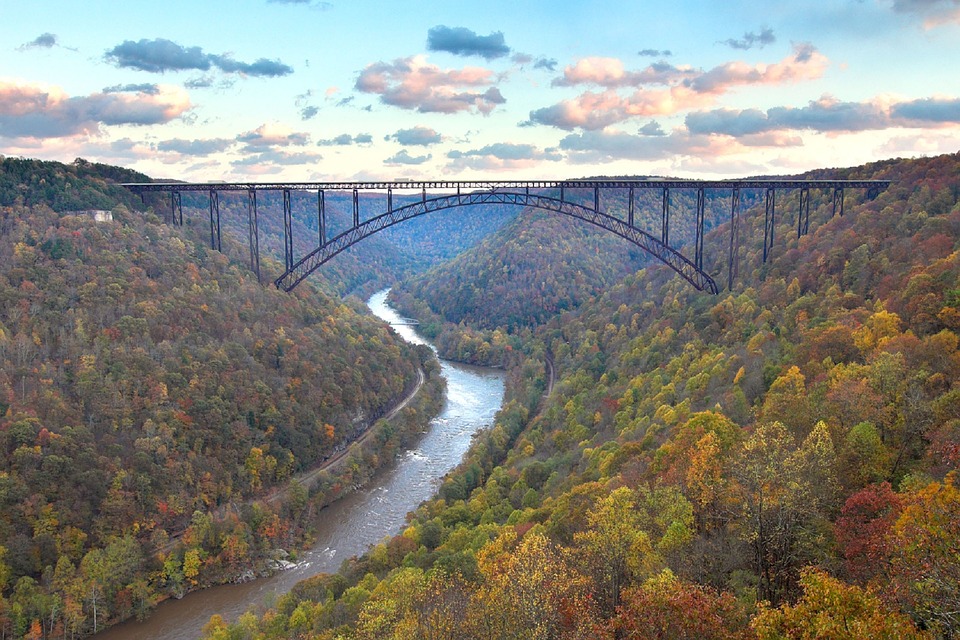 There’s no excuse for not making it somewhere in a few hours drive.  So, it’s time to DO SOMETHING this weekend West Virginia!

Here’s your new, weekly guide to do stuff from Vandaleer.com.

Bridge Day, one of the largest extreme sports event in the world, is held annually on the third Saturday in October in Fayette County, West Virginia (WV), USA. Hundreds of BASE jumpers and nearly 80,000 spectators are expected to attend the event.

Although many events surround the main event, the “jumping” takes place on Saturday, October 15, 2016. The 876′ tall New River Gorge Bridge, serves as the launch point for six hours (9am-3pm EST) of safe, legal BASE jumps. This is the only day of the year that traffic is shut down and spectators can safely and legally walk across the world’s second longest single arch bridge. Vehicular traffic on the Bridge will be closed from 7am until approximately 5pm.

See the place in the middle of the Ohio (River) that hosted Aaron Burr and his plan to form the “Empire of the Souhtwest”.  Do this in October, by candleight, and you have yourself a spooky adventure.

Miller’s Nightmare is a full, extensive haunted farm and Halloween event. They offer food, games, bonfires, music and a haunted farm to explore. The haunted farm features a mysterious hayride which transports guests from the first farm to the second farm. From there, guests must wind their way through a pitch black corn maze with with inhabitants inflicted with a plethora of ailments. Then they venture into a forest of even darker night, only to find more fright.

Join Charleston Main Streets – West Side for craft beer and music festival, OktoberWest! This year they will have more beer selections, more food vendors, live music, and an entire restaurant bar dedicated to the WVU away game.

Virginia Myrtle Ellis ‘‘Aunt Jennie’’ Wilson (February 9, 1900-March 2, 1992) was a Logan County traditional musician, considered a master of clawhammer-style banjo playing. The daughter of Huey Brian and Cinderella Lockard Ellis, she was born near Henlawson, West Virginia. She married James Wilson but was widowed in 1939 when he was killed in a mine accident.

Wilson’s musical talent was discovered by folklorist Patrick Gainer of West Virginia University in 1958, and she became a favorite of folk festival audiences until her death. She recorded her best songs for the Library of Congress and was featured on record albums, including A Portrait of Aunt Jennie Wilson, produced by Billy Edd Wheeler. She left behind recorded interviews about her early life and the folk customs of Logan County.

Known for her vivid personality as well as her music, she was fond of saying, ‘‘Don’t take more on your head than you can kick off your heels,’’ meaning one should enjoy life to the utmost, which she did. She often played music with her grandson, Roger Bryant, and inspired other musicians to learn the clawhammer style. She was a recipient of the 1984 Vandalia Award, West Virginia’s highest folk-life honor, for lifetime achievement in traditional music. – courtesy WVEncyclopedia

Dress up for this midievil festival and receive a free beer or brat.  Can you beat that?  Next enjoy dancing, crafts, children’s activities and costumed characters.

Boo at the Zoo

Dress up, bring the kids, ride the train at dark.  This year the Oglebay Good Zoo has exciting treat stations including Skeleton Street, Candy Land, VampireVille, Cheetah Canyon, and more!