That’s the question we received from Baltimore friends and coworkers when we told them we were moving to Wheeling last spring.

What I didn’t expect is how many times, once we arrived, my husband and I would be asked, “You moved to West Virginia? Why?” This question has been posed to us several times in the five months that we’ve lived here. People from the Mountain State can’t believe we moved from a big metropolitan city to a small town. 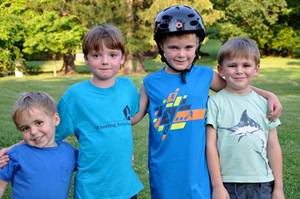 Okay, you wanted to know why? Here goes…

We moved here to be closer to family. Last year, after twelve years in Baltimore, we decided that we wanted our kids to grow up around their grandparents and cousins. After being fortunate enough to secure a job, I moved to Wheeling in June, and my husband and kids followed in July. We found the perfect house on Linden Avenue in the Woodsdale neighborhood – an old house that the previous owners had lived in for 45 years.  Family was in this house’s bones!  To make this house even more perfect, it was located two blocks from my brother’s house on Locust Avenue and a 5 minute walk to my parents’ home.  Oh, and my 94 year-old grandmother lives around the block. Yes… family indeed.

We moved into the house in August and started to get settled. From the very first day that we moved, my brothers’ kids, two boys ages eight and seven, made regular trips down the alley to our house to play with our boys, ages six and four.  It wasn’t a phone call saying, “Hi! My children would like to schedule a play-date with your children three Thursdays from now… by the way, my name is …” No, it was a four word text from my sister-in-law: “yo, kids en route” (with an implicit request to let her know if they didn’t show up!)

The first month consisted of playing in our pool daily, or exploring the secret back stairway or creepy attic of the new house. We had a pool party for our seven year old nephew (25 kids! but so much fun), followed by an equally raucous birthday party for our four year old. Kids EVERYWHERE.  Once the pool was closed for the season, they moved on to our portable mail-order bouncy house… Let me tell you, I wouldn’t get in the bouncy house when those four boys are in there! It’s like WWE (World Wrestling Entertainment) on a serious sugar overdose. (Our four year old truly plays the part, stripping down to his various character-themed briefs and growling at the older boys, because yes, he is an aspiring professional wrestler).

It’s mind-boggling how much parents of two young kids can get done around the house when someone else’s two young kids are there to entertain them! Despite the frequent injuries and spats, really, they do keep each other busy. 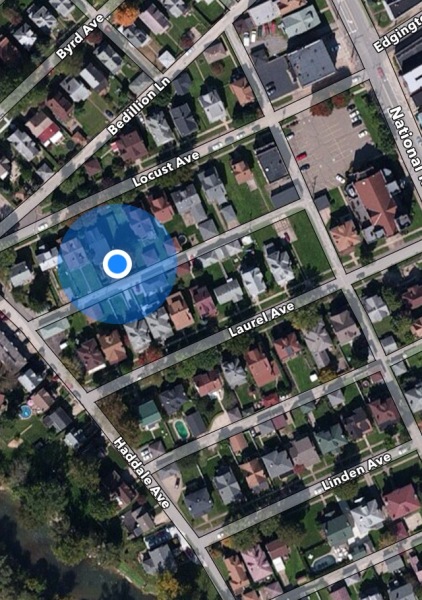 Now that the evenings are dark and cold (why didn’t we move south?! Oh yeah – family) the boys have moved inside and invented the best game ever: ”Super Secret Spy.” They spy on us doing our daily chores: making dinner, cleaning up, getting ready for the next day. They hide and giggle trying to spy on us without us knowing (which is very hard since all you can hear is that giggling and whispering) Trust me, teach this game to your kids– the amount of quiet they can produce will blow your mind, and you will thank me.

Of course the kids are having fun together (and being able to walk back and forth to each other’s houses has also given the adults plenty of fun evenings!), but there is so much more to this “family” thing.

Our support of each other is completely unconditional, and our boys will come to learn that this is what family is all about.  Most valuable of all: each of our children now has more adults to know them, to watch out for them, to love them. The gift we’ve given to our kids through this move is invaluable.

I knew moving back was the right thing to do, but I guess I didn’t realize how awesome it would be for my kids. The “L Street Gang” (as they have come to be known around here), will forever reap the benefits and lessons of being truly raised “in a village”.

It sure does take one!