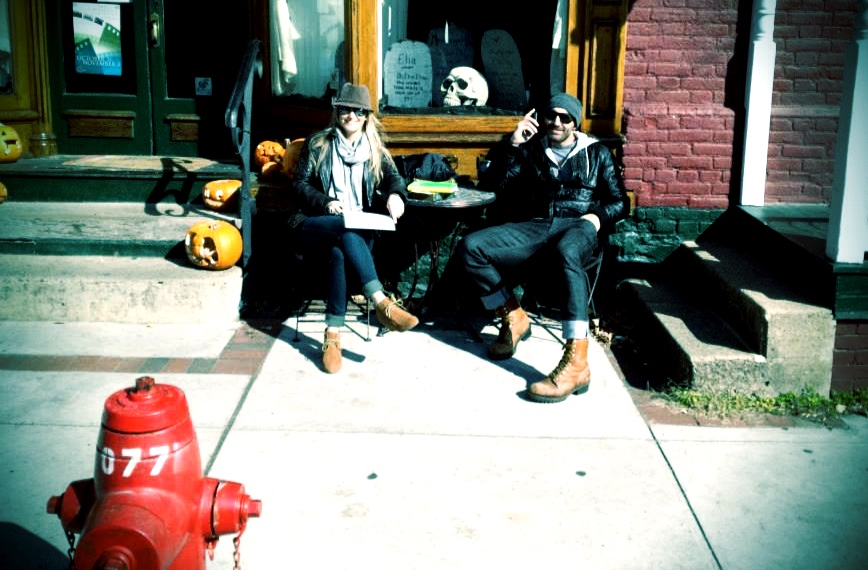 It’s a Halloween weekend in West Virginia.  We do have scares, boos and pumpkins…but we also have snowboarding, book festivals and international movies.

The Motown Throwdown is a pre-season ski and snowboard competition held on the main street of downtown Morgantown!

The C-K AutumnFest takes place the last weekend in October in the two quaint communities of Ceredo and Kenova. The centerpiece of the festival is the famous Pumpkin House, which has become one of the favorite tourist attractions of West Virginia. In 1978, the Pumpkin House began with only 5 pumpkins carved for a Halloween display. Since then, the number of hand-carved pumpkins has grown to 3,000. Does a house with 3,000 hand-carved pumpkins attract attention? You bet! Each year Ceredo and Kenova welcome nearly 30,000 visitors to the Pumpkin House. Over the years we have watched children that have visited the Pumpkin House grow to have children of their own that they now bring to see the display. This sense of tradition and community inspired the creation of the C-K AutumnFest, which is on the fast track to becoming one of the favorite West Virginia fall festivals.

Historic Shepherdstown is hosting a weekend long celebration of Halloween. This will be the fourth year the town hosts this fun event. There will be a wide variety of activities that everyone can enjoy, with a special emphasis on activities for children and families.

See six great movies from around the world –  in Huntington!

Unlike most of the people who’ve previously walked through the gates of the West Virginia Penitentiary in Moundsville, you can be fairly certain you’ll be walking out again a few hours later…. well maybe not this weekend.