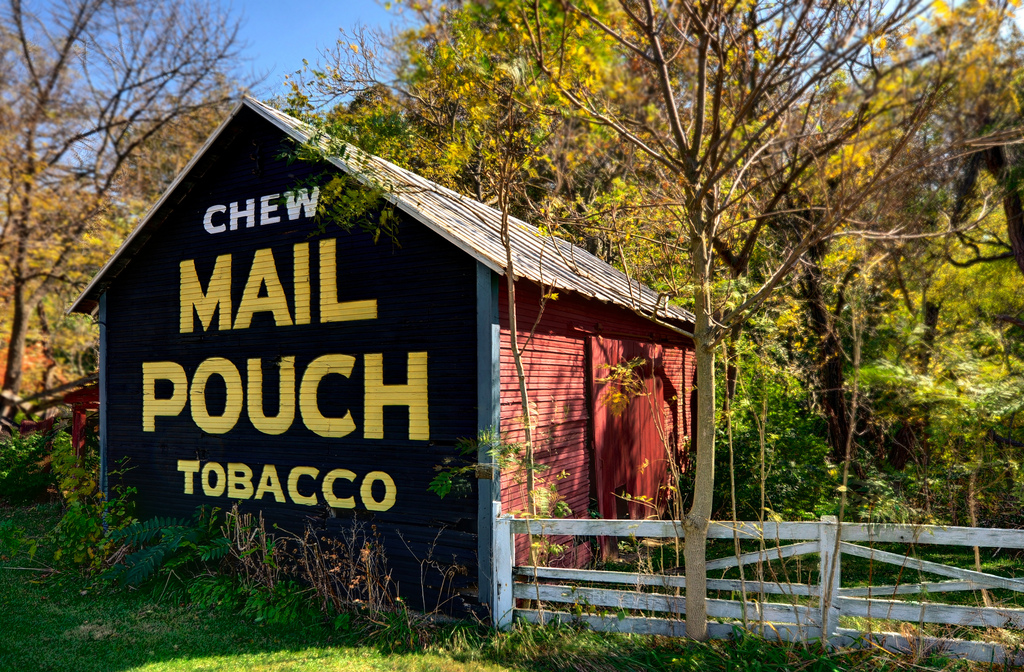 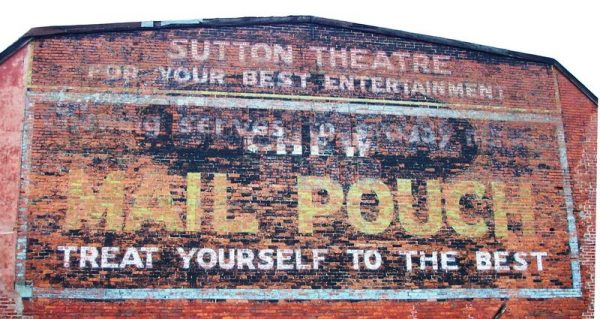 “Mail Pouch” advertisement on side of the building of Thomas, West Virginia, USA.

You’ve probably seen them. Barns with faded paint usually in black or red with yellow lettering delivering an old message from another time: “Chew Mail Pouch” and “Treat yourself to the best.” Once upon a time these hand-painted advertisements covered more than 20,000 barns all across America.

Cigars in the Loft

That Mail Pouch barn painting movement all started in a drygoods store in Wheeling, West Virginia.

Stuart Bloch is the former president of the Mail Pouch Tobacco Company in Wheeling. His grandfather was one of the two Bloch brothers that founded the company in 1879. The brothers had a dry goods store on Main Street in Wheeling. As a side business they made cigars in a loft above the store.

“In the course of making these cigars they had all these clippings they didn’t really know what to do with them,” Stuart said. “So they packaged up the clippings from the cigar business to create a new brand-type of chewing tobacco. They flavored it with molasses and licorice and so forth.”

And then they had to come up with a name. Back the late 1800s, one of the highlights in “the day of the life” was getting mail. People in Wheeling would line up at the banks of the Ohio River, anticipating the arrival of the mail pouch bags. The Bloch brothers took the popular thought and ran with it as a name for their new product: Mail Pouch Tobacco.

The Ohio River had one other major impact on the Bloch brothers’ business.

“We had a big flood in 1886,” Stuart said. “It flooded out the down stairs in the dry goods store but the cigar-making was okay upstairs.”

The Blochs bought a sugar mill on 40th street and transferred the tobacco end of the business but got out of the dry goods business. There are still 160 people working in Wheeling today making chewing tobacco and snuff. 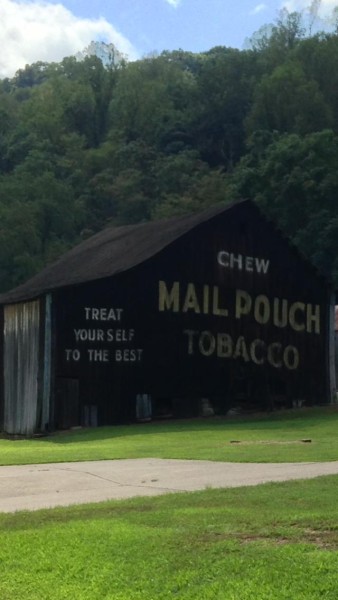 Many people believe the key to the Mail Pouch success was the advertising. It was in the early nineteen hundreds when Stuart Bloch’s grandfather Jess Bloch came up with the idea to advertise on barns along highways. Signs can still be seen today in 39 states.

“We got a cut rate for the advertising costs because in the beginning we paid the farmer with an annual subscription to the Saturday Evening Post or Collier’s, Life magazine was another one. Then in the later years we paid cash for the space.”

The Ohio Valley’s industry helped drive the chewing tobacco market. In the steel mills, coal mines, and in the oil and gas fields, workers could not smoke – so they chewed mail pouch tobacco instead. When oil and gas workers moved to fields out west, the barn paintings followed.
Warrick painting signs. 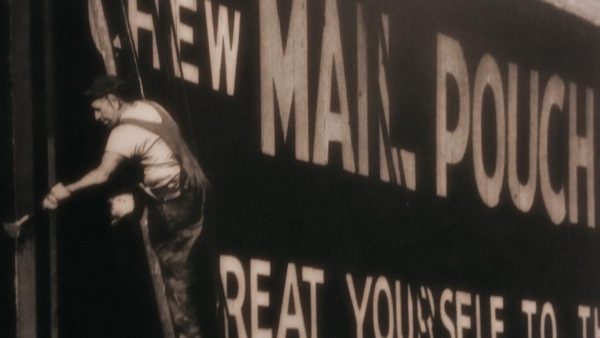 Warrick – “He painted a lot of signs.”

Of course, everything was hand-painted in those days and the most famous Mail Pouch painter by far was Harley Warrick. For 55 years he painted or retouched over 20,000 Mail Pouch signs.

“He was remarkable in that he could paint these signs by himself,” Stuart Bloch recalled. “He’d put a sling up on the side of the roof, stand on it, pull on it, paint it lower it. Just remarkable!” Bloch remembers that Warrick painted a mail pouch sign at the World’s Fair, in restaurants, and even for individuals.

“He was a very gregarious guy. So he always enjoyed talking to the farmers were he was painting the signs and he be back about every three to four years, renewed his acquaintances with farmer, and it was an existence he really enjoyed.”

Bloch also learned that in the beginning of the mural campaign, barn painters would often take their families with them in the summer.

“They would camp with their kids and their wife while they painted signs in that area. Then they would move on.” 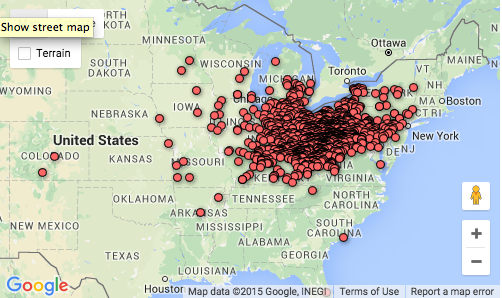 In 1965 the federal Highway Beautification Act sought to restrict the vast number of local advertisements that were being placed near highways.

“Mail Pouch signs were on federal highways in many places. So I contacted our Senator Jennings Randolph and suggested that maybe Mail Pouch barn signs were a part of Americana that should be preserved, and he agreed.”

Senator Randolph did manage to get the barn paintings exempted. After the Highway Beautification Act just about all other sign painters went out of business yet Harley Warrick continued to paint and touchup older Mail Pouch signs on the back roads until his retirement in 1991.Then after the Tobacco Master Settlement of 1998, all tobacco ads were to be replaced with anti-smoking ads. Yet most of the Mail Pouch barn paintings were again, left untouched, cited as pieces of historical Americana.

Editor’s Note: The map of Mail Pouch barns reflects those still standing. The data contained within the map is attributed to mailpouchbarnstormers.org.