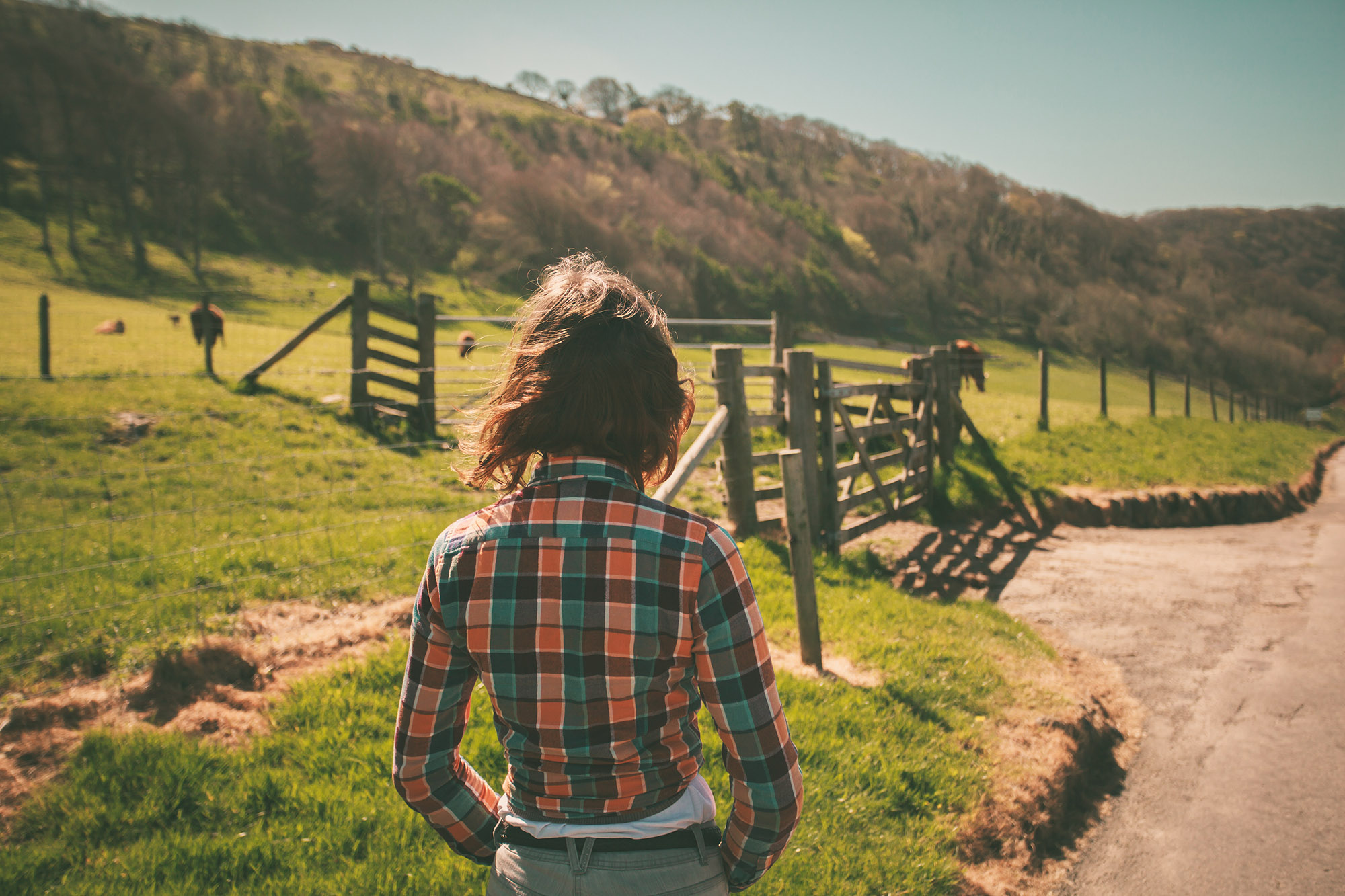 Believing in the Future: West Virginia Future Farmers of America

“I believe in the future of agriculture, with a faith born not of words but of deeds.”

This is one of the most important phrases any Future Farmers of America (FFA) member will learn to recite. These words, written by E.M Tiffany in 1928, are the opening statement of the FFA creed, which is the foundation of the organization. The National FFA organization provides its members with skills to succeed not only in agriculture, but in life itself.

I began my foundation in FFA as a freshman at Buffalo High School in Putnam County. After attending the first few chapter meetings and becoming friends with other members, I knew FFA was for me. I wanted to become more involved in the organization, so I decided to participate in one of the many FFA career and leadership development events. These contests allow members to test their skills in various agriculture-related areas. I choose the Freshman FFA Creed Competition, because what better way to learn the organizations goals than to learn to recite the FFA creed? Working hard and staying determined, I memorized the FFA creed and perfected my presentation skills.

Finally, the day had come—competition day. I headed to the regional competition at Cedar Lakes with high hopes of placing first and advancing to the state competition. When my turn came, I recited the creed without forgetting a single word and then anxiously awaited the decision of the judges. When the results were given I received third place in the region, which was far below my expectations. Instead of dropping my head in failure, I decided to try again in another competition. With strong encouragement from my FFA advisor and agriculture education instructor, Danielle Grant, I choose to enter the Agri-Science Fair. In this event, students plan, conduct and present agricultural research projects in areas of animal, environmental, food, mechanical and social sciences.

Over the past few years, I noticed that farmland in my area was being lost to urbanization and began to wonder if there would be enough land available for agriculture in the future. This inspired the topic of my Agri-Science Fair project, “How Do Agriculturists Obtain Land?” For this project I surveyed more than 700 agriculturists from all 50 states in the United States and Puerto Rico regarding issues associated with obtaining suitable land for agricultural production. After calculating the results, writing a lab report, constructing a display and preparing a presentation, I was ready for competition.

I traveled to Morgantown, WV, where I presented my research project at the State FFA Agri-Science Fair. This time when the awards ceremony came, I received first place, which qualified me to be considered for participation in the National FFA Agri-science Fair. My lab report was submitted to the National FFA Organization, and after several weeks of suspense, I was informed that I had been selected as a national finalist. In October 2015 I traveled to Louisville, KY, to compete in the National FFA Agri-science Fair, which was held during the 88th National FFA Convention. There were thousands of FFA members from all across the United States as well as representatives from the agricultural industry in attendance.

Once again I presented my research project to a panel of judges and anxiously waited for the results. At the awards banquet I learned that my project was one of the top three in my category and that I would receive my final placing while on stage the following day at the fifth general session of the convention. With my parents, FFA advisor, and thousands of fellow FFA members from across the U.S. in attendance, as well as the nation watching on RFD TV, my two fellow competitors and I walked onto the stage to hear our final placings. The third place winner was announced, followed by the second place winner. Realizing that my name was not called for either, I suddenly realized that I was the 2015 National FFA Agri-Science Fair Champion in Social Systems Division I. All of the hard work and dedication that I put into this project and into the organization all paid off in that one moment. I had never felt such a sense of accomplishment in my life and realized that with hard work, determination and perseverance, anything is possible.

During my sophomore year, I thought it would be a fun challenge to present a speech that I had written, so I decided to enter the FFA Prepared Speech Contest. Being an upcoming female in the agriculture industry, I chose women in agriculture as my topic. After writing my speech and practicing its presentation, I competed in the regional contest at Cedar Lakes. I received second place and was disappointed not to advance to the state contest. Once again, I didn’t give up. I wanted to learn more about female involvement in the agricultural industry, so I decided to do another Agri-Science Fair project titled “What Impact Do Women Have on the United States Agricultural Industry?”

This time I surveyed over 1, 000 female agriculturists form throughout the United States regarding their involvement in agricultural production. I received first place in my division at the West Virginia FFA Agri-science Fair and once again qualified as a finalist in the National FFA Agri-science Fair. I traveled to Indianapolis, IN, for the 89th National FFA Convention with the goal of placing in the top three in my division. When the top three were announced at the awards banquet, I heard my name again. The next day I stepped onto the national stage for a second time. This time I was the second place winner in Social Systems Division II of the 2016 National FFA Agri-Science Fair. Even though I was not first, I still felt that same sense of accomplishment because I had achieved the goal I set for myself.

As a result of my involvement in the FFA Agri-Science Fair, I was selected as a youth spokesperson for Land O’ Lakes to promote the Winfield Crop Adventure exhibit at Fair Oaks Farm in Indiana. This project focused on innovative ways science and technology are being incorporated into the agricultural industry. I was featured in a video titled “Inspiring the Farmers of Tomorrow” and traveled to Fair Oaks, IN, to participate in the “Fields of the Future” live broadcast along with U.S. Secretary of Agriculture, Tom Vilsack, and Land O’ Lakes CEO, Chris Policinski.

As I near the end of my junior year of high school, I am currently involved in the FFA Marketing Plan Career Development Event. Our team of three had to develop a marketing plan for a current agricultural product or service. Our team worked with a local hazelnut producer to devise a plan to market his product and expand his business. We presented our plan this past February at the 2017 West Virginia Small Farms Conference and were awarded first place in the state competition. I am looking forward to traveling to the 90th National FFA Convention in October with my teammates to compete in the National FFA Marketing Plan Competition.

The National FFA Organization includes more than just competitions. Students must enroll in an agriculture class each year such as animal production, horticulture, science of agriculture, agricultural mechanics or leadership. Each student must also develop an individualized Supervised Agricultural Experience (SAE) in which skills learned in the classroom are applied to the workplace. My SAE consists of raising beef animals with a goal of providing a quality food source to the consumer. The animals are shown at the county and state fair and then sold to the consumer for a profit. FFA also promotes leadership and community service. This year my chapter participated in the Great Kanawha River Clean-up, sponsored a Christmas family, donated items to infants in need and constructed a raised vegetable bed for the community senior center.

FFA is beneficial to everyone, not just those planning a career in agriculture. It provides basic consumer knowledge of where food comes from, how it is grown and what you are putting in your body. It promotes leadership, service, responsibility and work ethic. In order for the agricultural system to provide the growing population with a quality, sustainable and safe food source, we all must follow the words of the FFA creed and “believe in the future of agriculture.” I encourage all youth to participate in the National FFA Organization because it has given me the skills to believe in my future.

About the Author
Kelly Irvine is a junior at Buffalo High School and an active member of 4-H, FFA, marching band, show choir and the National Honor Society. She is involved in her family’s beef cattle operation and is a youth livestock exhibitor at both the Putnam County and West Virginia State fairs. Irvine is also the reigning 2016 Putnam County Fair Teen Queen.